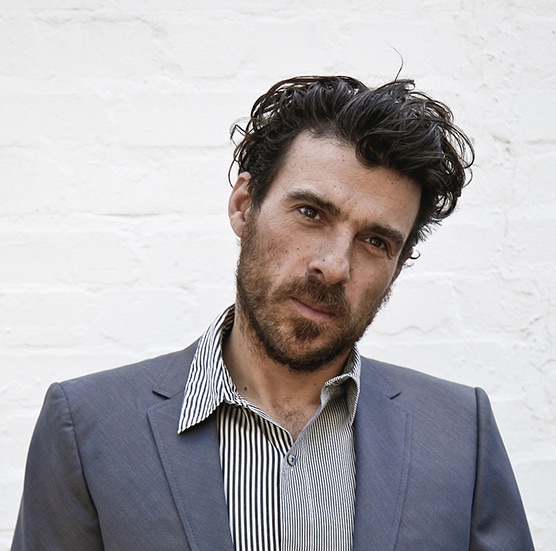 Growing up in Scarborough, North Yorkshire, Derrick Santini discovered photography as a teenager, observing and documenting the world around him; fascinated by the individuals, society and culture that express the human condition.

This early social documentary work evolved to reportage photography, and a voyeuristic style of stealing moments he could project his own surreal interpretation onto. Moving into portraiture, fashion, advertising and music photography, Derrick became more active in shaping his original artworks around interaction and personality, producing exceptionally insightful, intimate and creative portraits.

"I have spent my life searching out something to photograph, hunting illusive moments, and channeling desired ones. These decisive moments, split seconds in time, create a photograph which in of its self, is the very essence of the art of photography. Amazing, incredible, timeless moments, seen, cajoled, spirited, but ultimately captured in that moment and thus born."

"Creating images was always about telling a story. Whether as a stand-alone iconic image, as a series, in a book, or indeed a film; it's a natural evolution of the same line of enquiry, and my own creative journey. Importantly in all these stories there is a truth, be it as abstract as you like, buts its real, and people connect with it, and that’s what makes them live and potentially be great.

"In a way the photography of old has had its glory days; technology and the ‘now’ have curtailed its relevance and power, never its beauty or endurance, but Instagram is the new photography, and it's connected the world through the process of talking images of it, and ourselves within it.

"Film is the other medium I covet, the power of suggestion and universality of film is truly awesome, equalled only by the abstract and arresting beauty of a photograph. What brings these worlds together, spawning its own beguiling incarnation, are Lenticular art prints.

"On one side I love the specific-ness of film, but love equally the abstractness of photography. The Lenticular world encompasses both these dictums, and hence its growing fascination with me as a technique and medium to create and communicate with dynamics, story telling, and most importantly, interaction.

"Lenticular art has an understated and largely un-tapped uniqueness. Like a moth to a flame, or a ‘Magic Lantern’, as it is in Plato’s Cave, or indeed on our hand held device, we are all possessed by the flickering lights and shifting shapes, seemingly content with the impressions of life, and not with its reality.

"Technology is where Art is at, indeed where we are at... always has been, but now it's come of age and is truly, once and for all, for All, and that’s the genesis of this brave new world. Human interaction is the nebulous of this new paradigm, and taking part, being involved, provoking, stimulating, debating and ultimately CREATING is the dawning Humanist reality..."

You can learn more about Derrick and his work at his website derricksantini.com