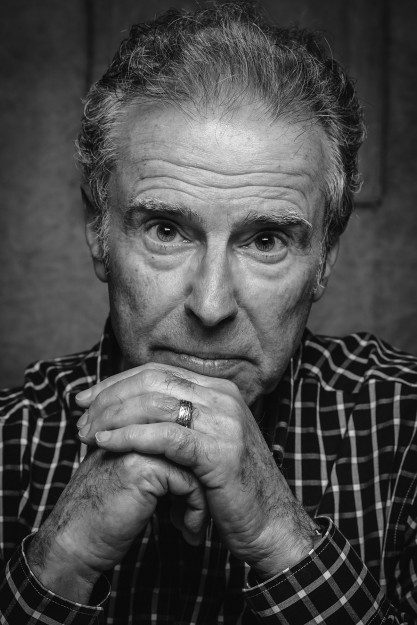 Gered Mankowitz was born in London in 1946, the first son of the author and screenwriter Wolf Mankowitz and the psychotherapist Ann Mankowitz. He left school without any academic qualifications and served a short but intensive apprenticeship at Camera Press, having been inspired to pursue photography by the actor Peter Sellers and portrait photographer Tom Blau.

Over the next two years Gered shot fashion photographs with Alex Murray and celebrity portraits with photographer Jeff Vickers, before establishing a studio in Mason’s Yard in 1963, in what was to become the very heart of 60s swinging London, and the beginning of a career as one of the UK's most outstanding music photographers.

Meeting and photographing Marianne Faithfull in 1964 connected Gered to mercurial music manager Andrew Loog Oldham, and two years of work with the Rolling Stones including their 1965 American tour and several album covers.

By now established as one of London’s leading music photographers, Gered shot two sessions with Jimi Hendrix & the Experience in 1967, producing some of the most iconic and widely known portraits of the great musician; including the lenticular art print special editions presented in our online art gallery.

For the next 50 years Gered continued to work in the music industry, exhibited original artworks at numerous photographic and art galleries, and won several prizes for work in the advertising industry.

The retrospective book GERED MANKOWITZ: 50 YEARS OF ROCK & ROLL PHOTOGRAPHY was released in 2013, and in 2016 a Rolling Stones book, BREAKING STONES, was released featuring photography by Gered and the great Terry O’Neill.

Awarded the distinction of a Fellowship of The Royal Photographic Society in 2016, Gered began working on new lenticular special edition art prints of some of his archive work, producing several original artworks, and collaborating with friend and Royal artist Christian Furr to create an extraordinary collection of 45 original art prints called 45RPM. Gered's photography was added to by Christian using paint, pastel, ink, gilding and diamond dust to create a series of unique pieces.

Collaborating with the director Dick Carruthers and Executive Producer Andy Saunders, Gered began work on the Sky Arts TV series ICON-MUSIC THROUGH THE LENS in 2019, released the book GOIN’ HOME-THE ROLLING STONES 1966 through Reel Art Press in 2020, and recently published a special limited-edition book of his photographs of Marianne Faithfull with Ormond Yard Press.

Currently based in Cornwall where he is also a part-time lecturer at University College Falmouth, Gered Mankowitz has captured some of the most iconic and well known music photographs of our time, and we're extremely proud to be working with him at Lenticular Gallery in London creating these stunning original artworks in the lenticular print medium.

You can find out more about Gered and his work on his personal website mankowitz.com, and explore the 45RPM collaboration with Christian Furr at furrmankowitz.com