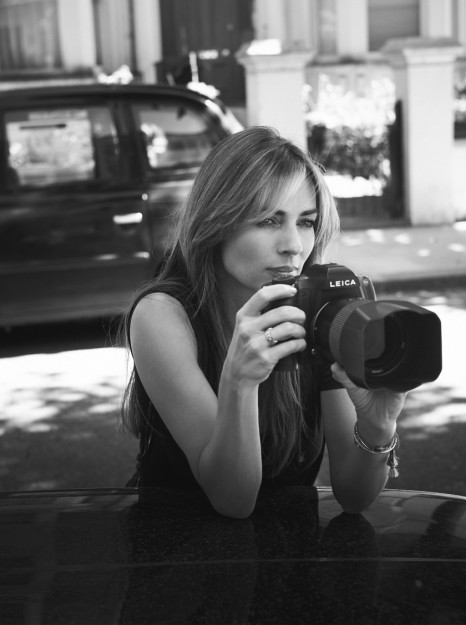 Natalie Goldstein's career began in front of camera as a model, where she found constant creative fascination in how the tiniest movement in a pose to catch the light a little differently, could create such dramatic and beautiful differences in the images, and moving behind the camera was all about exploring a deeper relationship with her own artistic perspective.

Developing her technique working with photographers like Wolfgang Mustain, Tony McGee, Barry Latigon and Willy Camden, Natalie's early portrait works soon progressed to an aesthetic fascination with the human form and the art of figurative photography.

Growing up surrounded by fashion culture, she immersed herself in magazines, photography, and the work of designers like Versace who celebrated the aesthetics of the female form in particular, realising that emotionally impactful photography existed in a place beyond fashion shoots focusing on the clothes.

Her lenticular artworks blend photography with film to capture the energy, actions and movements of the human form through time. Sometimes framed in a perfectly lit studio, sometimes with the flickering effect of video or even taking on the bold colours and repetitions of Andy Warhol's pop art prints, we're excited to welcome several of Natalie's pieces to The Lenticular Gallery collection, and look forward to helping her continue to realise these striking original art prints.

To find out more about Natalie Goldstein's work, visit her website at nataliegoldsteinltd.com